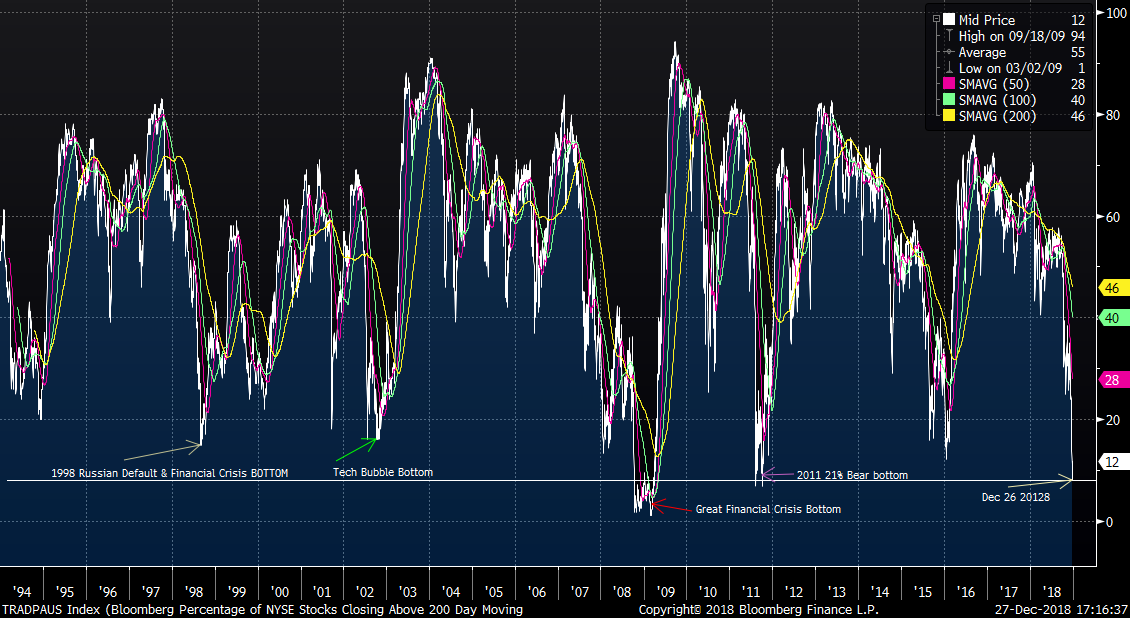 The header graphic shows the extreme level of capitulation that the markets have expressed through this week. This shows the percentage of stocks above their 200 day moving average. It is nearly as low as the GFC bottom and below all others. There is nothing magic about the number, but when put into historical context shows how this market action compares to previous extremes.

As of Tuesday Dec 26, the current market correction is the 5th fastest this century to a 20% correction, widely considered the threshold for a “Bear Market”. Higher speed corrections are generally correlated with meaningful but shorter duration bear markets, while slower drawdowns have generally been associated with more durable weak economic periods and deeper Bear markets.

Below is an Economic Momentum, indicator. This is a tracker of high level and frequency economic datapoints of the US. This does a pretty good job of identifying economic trends. Note that the current and recent economic data are still expansionary. But, there is a point to be made that it may be in fact somewhat extended and likely to slow down significantly. One could argue that this may be the context that the FED was thinking about.

• The Orange lines are past recessions.
• The Vertical lines are previous S&P500 market highs 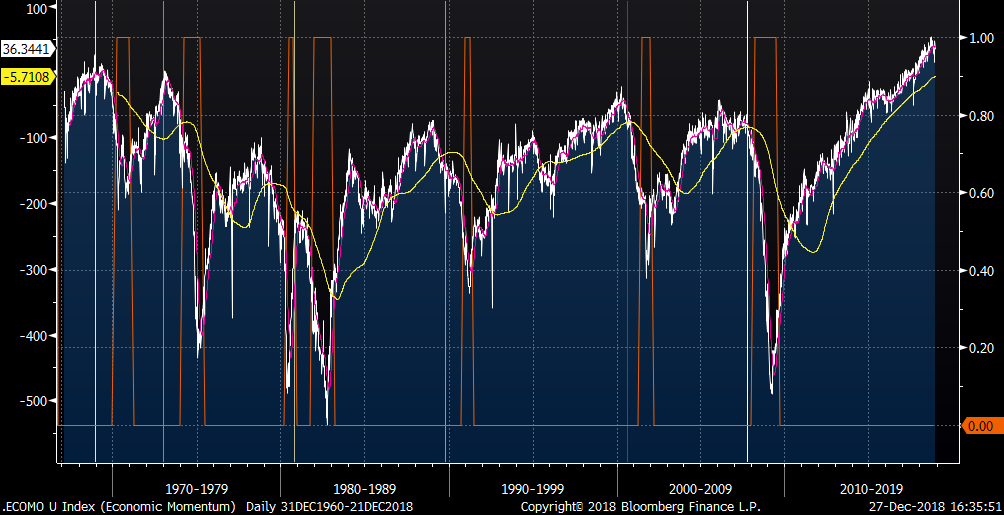 …and this is the same indicator while including “current credit conditions” specific to C&I loan tightening conditions. This is our preferred version but the dataset only goes back to 1989. An interesting observation is that this graphic really captures the extent of the "Credit Crisis" fulcrum of the GFC. 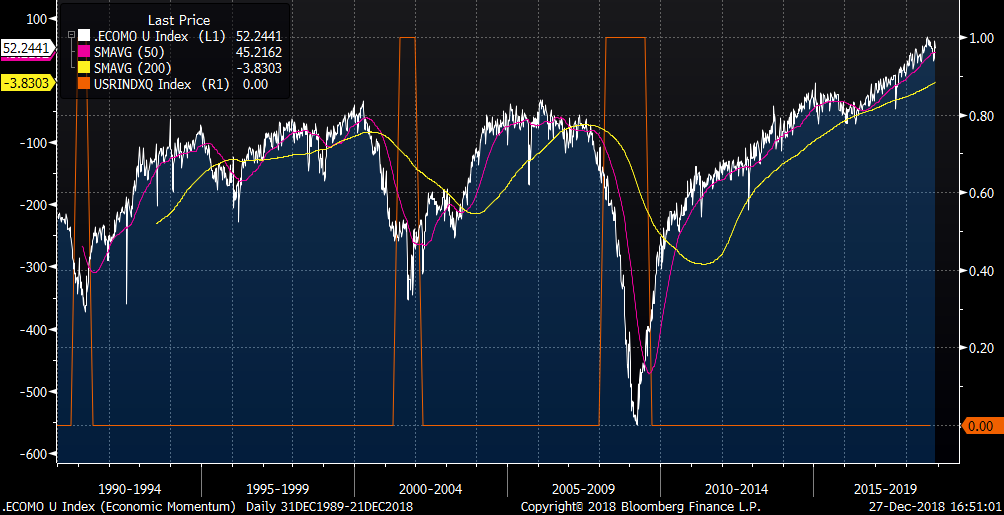 (All charts courtesy of Bloomberg, LLP)

As always, we are happy to discuss any and all of this with you at your convenience.