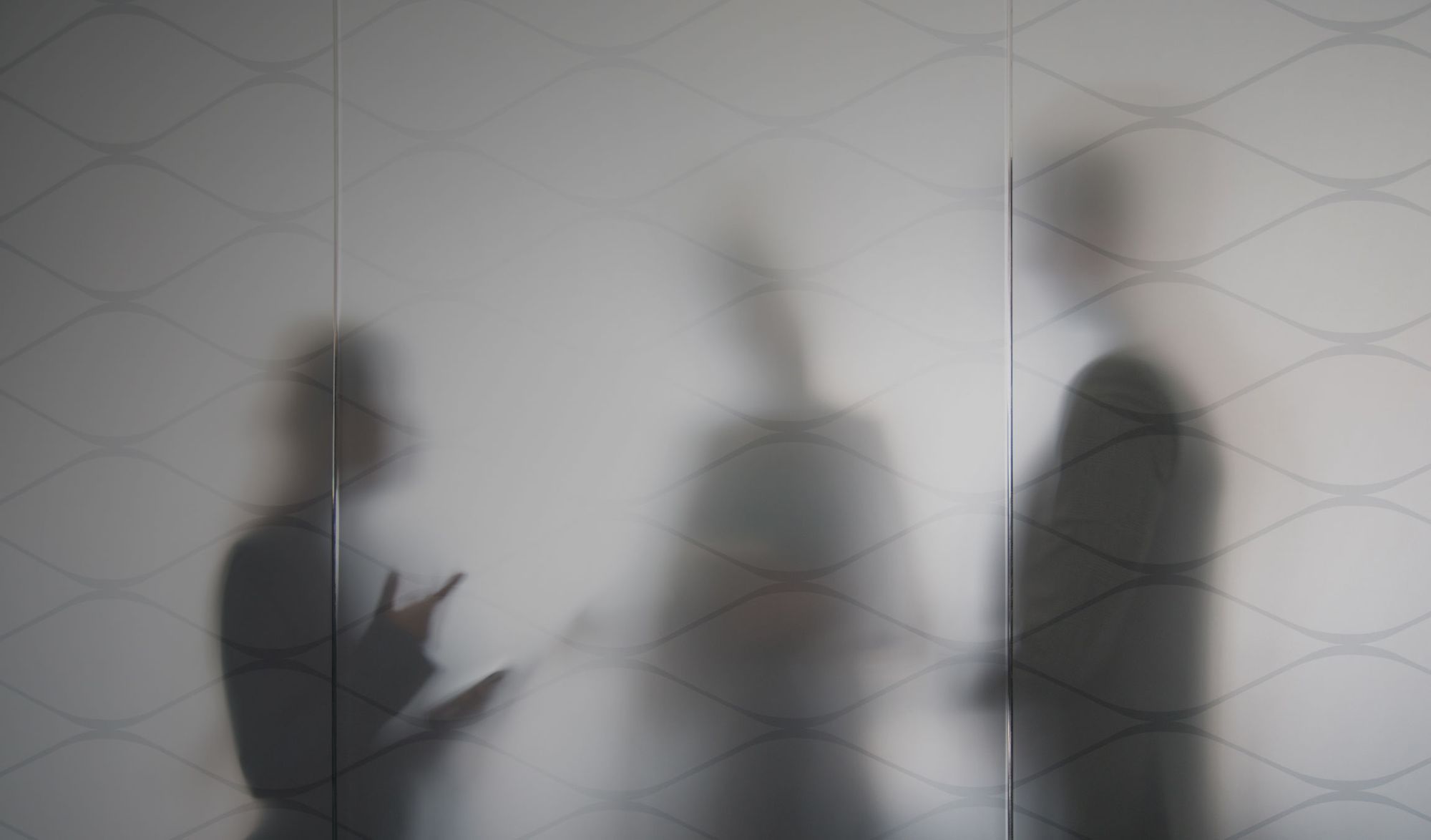 Tim is a former senior Investment Banker of more than 25 years, which included roles as Head of M&A for two well regarded Tech Boutiques. He has sat on Public Boards, held the role of CFO, Chief Strategy Officer and CXO and several successful early to late stage private companies. Tim was also an Operating Partner at the San Francisco based Venture firm, Presidio Partners.

Liquidity – it is the life-blood that fuels the growth economy.  I am talking liquidity on all sides:  Enterprise liquidity and your company’s balance sheet’s ability to maintain, create or access adequate working capital to sustain your growth cycle, or fund a systemic or secular downturn;  and, concurrently, the prospects for shareholder liquidity (both founders and investors) which drives investor sentiment… and thusly, the availability of capital in critical times of funding need.  The availability of capital and continued or new investor support is inextricably linked back to the state of the balance sheet, and the Company’s liquidity position.  It may be a bit dogmatic and stereotypical to say it is always best to raise capital when you are perceived not to need it – but it is an undeniable truism that it is much harder to raise capital when it is obvious that you need to.

Set the Stage for the Next Round… during the Previous Round

The best time to raise capital is when you can point to momentum… either a recent or impending inflection point that KPIs (key performance indicators) all seem to support.  No better way to portray momentum than with data.  Metrics don’t lie and boost confidence of opinion.  If you don’t have lots of KPIs to track your business’s performance – get them.  The challenge is that evidence of that momentum and impending inflection often occurs just as you’re running out of that last round’s funds.  This is okay, even expected if your shareholders and you anticipated so.  Everyone focuses a fund-raising on the Company’s current needs.  Always make the point during fund-raising (and re-iterate in subsequent board meetings) how far this funding is supposed to get you; and identify a milestone that will trigger the need (and hopefully, multiple expansion) for funding the next stage of growth.  It sounds like “motherhood and apple pie,” but you’d be surprised how often this is overlooked.  The best time to run out of money… is when your investors are expecting you to run out of money and everything that has happened up to that point was expected as well.  If there are unexpected, capital consuming events along the way – get your SWAT team on them to remediate immediately – and inform the Board head-on and flag its potential impact on future liquidity.  Silence on the subject at the quarterly Board meeting may seem like a bullet-dodged – but it will come to haunt you later.  Funding sentiment is like steering an oil tanker, done slow, deliberately, and initiated well before the turn arrives.

Are you in the “Danger Zone”?

There is a certain class of venture-backed, growth company that finds itself in this situation most often.  Here are the characteristics:

·         VCs that funded the earlier rounds now out of-dry powder; have largely distributed the rest of the fund, or nearing end of term and are either unable or unwilling to lead the next round

The Fallacy of the “Dual Track” Process

As a former banker, I’ve seen countless situations where the Board, management, and shareholders forgot that “hope is not a strategy”… and simply acted too late.  A recurring culprit in many of these situations is the reliance on the much vaunted strategy of hiring an investment bank, and launching a “Dual-Track Process.”  The “dual track” is to build a corporate presentation and data room around a Series F, G – or similar later stage financing (preferably led by one of the earlier investors – but often not) to coincide with strategic outreach to the obvious, active potential acquirors or parties that have shown M&A interest in the past.  The idea is to get a terms sheet – any terms sheet from either process and “shop” it to the others.  “Well, we have a terms sheet for another round of funding at an attractive valuation… but if you can show a premium to that valuation, they may consider a strategic sale”; or, vice versa.  It all comes down to whether the timing, stage of growth, and company performance (back to those KPIs) is rendering your next fund raising a “like to do” or a “got to do.”  Avoid the “got to do.”  The “dual track” is a fallacy – everyone knows it is code for – “we’re out of money and want to sell the Company rather than continue funding it.”

Moreover, especially with the dearth of true IPO candidates – and a comparatively higher threshold for IPO candidacy than in the past, it is a falsehood that buyers (especially public companies) should react enthusiastically to “scooping up” a strategic bargain owed to a moment of financial weakness.  More “hope over strategy”.  Quite the opposite.  In a world fraught with shareholder litigation against Boards of deep-pocketed public companies, buyers are being held increasingly accountable for “overpaying” for “bad” acquisitions.  Boards would rather approve paying up for a successful company than inheriting the woes of a challenging, capital starved situation at a bargain price.

Timing is everything.  If you find or anticipate (even if by pure coincidence) the likelihood of the timing of your next capital raise will likely coincide with shareholder sentiment to pursue M&A discussions, do what you can to alter that timetable.  There 6 reasons for a Board to actively pursue (versus react to an unsolicited inquiry for) an M&A exit:

4.      Concern over systemic risk and company’s ability to weather it

6.      Change in sentiment (either on the sector, the product, or the management team) – otherwise known as “Unwillingness to continue funding” using the vernacular in #5 above.

The first 2 above are “good” reasons.  The next 2 are “defensive” reasons.  The last 2 are, well… not good.  It is not bad for the company to require funding, it is only bad if the historical backers of it are unwilling to sponsor it.  So it is all too convenient to push M&A to mask one of the latter 2 above.  Get in front of the funding need.  Raise money sooner.  Bite the bullet and alter the trajectory of what may be looming in the Board’s head on Company sentiment.  Make changes NOW.  All the theater stops – true colors are revealed when it’s time to write a check.  A fund-raising process should be a fund raising process; an M&A process should be an M&A process.  Engaging a “dual track” with an investment bank runs the real risk of labeling oneself a salvage operation.

Do Not “Build for Exit”

Another piece of “motherhood and apple pie.”  Far too many founders, management teams and investors drive a business plan with a “planned exit” to a strategic sale.  This has been especially true around web-based business models that spent enormous amounts of capital to “build an audience” or “capture a demographic” – but with no meaningful monetization of that audience, in the hopes of selling that “honeypot” of “unique users” to Facebook, Google, Microsoft or Apple to monetize.  Moreover, building to exit limits your financial planning and growth targets to a single event, and potentially a singular audience.  If you don’t sell on time, its going to be awfully hard to keep raising money.  You have the most leverage (strategically and financially, and with potential acquirers, investors and shareholders) when you have the most options. Who has the most options? The bonafide IPO candidate does.  It is the highest hurdle, with real, tangible criteria.

2.      “I’m going to file with JPMorgan Q1 of next year with these numbers at “x” valuation – but I could use some mezzanine capital and am willing to sell you equity at a specific price if you make it attractive to me.”

There is no shortage of “cross-over” investors ready to pony up capital for an obvious IPO candidate.  The only exception to the above – if a natural buyer for your business is a “financial” buyer or sponsor.  The LBO firms are the very real (and definitive) “exit” option for shareholder liquidity over an IPO.  Unlike the public markets, their acquisition criteria is slightly different, where cashflow and balance sheet liquidity, coupled with reasonable growth and a sound management team drive their ability to leverage the acquisition.  SaaS software developers… this means you!  You can be a “tuck-in” acquisition to an established sector in their portfolio, or the “anchor acquisition” charged with driving additional consolidation armed with the sponsor’s leverage and balance sheet.

I am here at Intellectus to lead our Venture Capital ecosystem, from sourcing, evaluating and investing in high growth companies as well as Advising the Founding & Management teams in scaling their businesses to the next level. Feel free to reach out to me at Tim@Intellect.us