Youth unemployment, debt burdens, current account imbalances and deflation remain at the heart of a struggling Eurozone economy. These factors may again play a role as Europe enters 2017 with elections in the Netherlands (March), France (April) and Germany (September) stacked up like a domino. The European political system, where decisions are made by unelected officials, may spark confidence votes in national parliaments or referendums in individual countries. The linkage between sovereign risk and banks has increased through the European Central Bank’s QE program. And a rise in populism may cause snap elections and minority coalitions. These factors in the wake of Trump’s win are widening European sovereign spreads and resemble the early period before the European debt crisis erupted (see Figure 1, red circles). 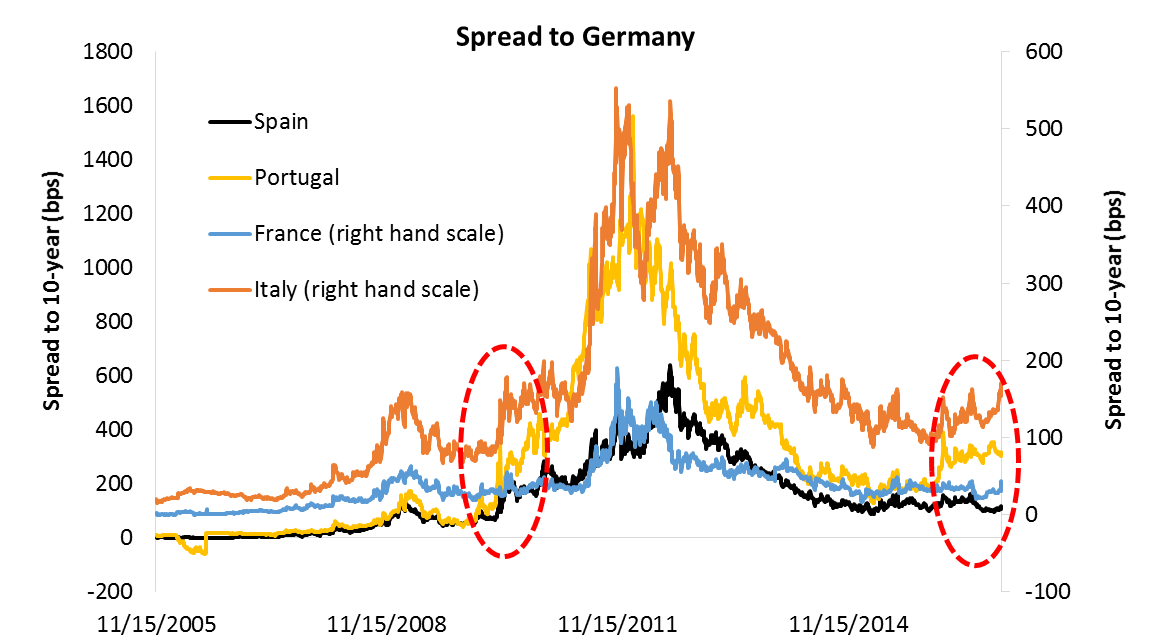 The rise of European populism has brought about “emulation” in response to the Trump victory. Figure 2 on page 2 shows based on recent individual country polling data that European populist parties see significant support for Trump. Specifically countries with near term referendum or elections (Italy, Netherlands and France), Trump support is well over 60% of party constituents. Emulation has made European sovereign spreads volatile at a time the ECB is considering a change to QE program on December 8 (4 days after the Italian referendum). 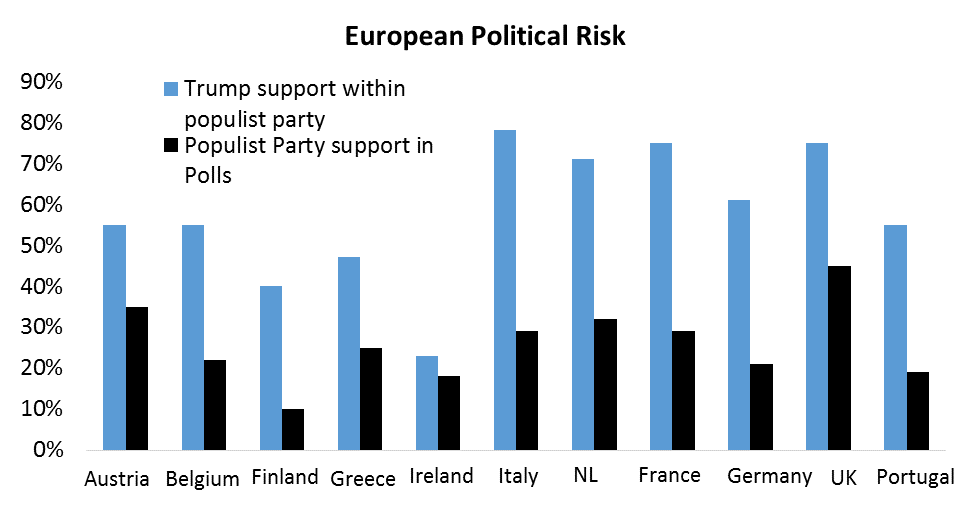 The share of populist parties represented in parliaments is set to rise in 2017 in the Netherlands, Germany and France. The significance is these are “core countries” that were responsible shouldering past peripheral bailouts. Their central banks hold majority capital stakes in the ECB and these countries have the highest capital contribution to the European Stability Mechanism (“ESM”). The envisioned “firewall” of ECB and ESM could weaken if core countries see elected populist governments torn with fiscal agreements and capital contributions to the ECB and ESM. Alternatively, populism parties may not be able to form a coalition government may lame duck parliaments on budgets, thereby increasing “credit risk” of European sovereigns.

The first cracks are seen in sovereign spreads and rise in real effective exchange rates shown in Figure 3. Like at the start of the crisis in 2009, a combination of widening spreads and exchange rate appreciation caused a negative feedback loop. Bank values come under pressure, now compounded by CoCos, rating agencies respond with outlook revisions and governments become defenseless. Because the ECB’s QE program crowded in foreign investors, countries with fiscal and current account deficits see capital flight from government and credit markets. The ECB’s potential change in QE may result into an imperfect intervention like the Securities Market Program (“SMP”) was before. This would materially push core and peripheral bond yields higher.

A Trump win through emulation in populistic parties has increased sovereign risk in Europe. Investors with fresh memory of the recent debt crisis will turn risk averse and this may shift European sovereign spreads to wider range, further enticing populism across different countries. Returns in Europe are likely to lag those of the U.S. and emerging markets in 2017, the next European Domino. 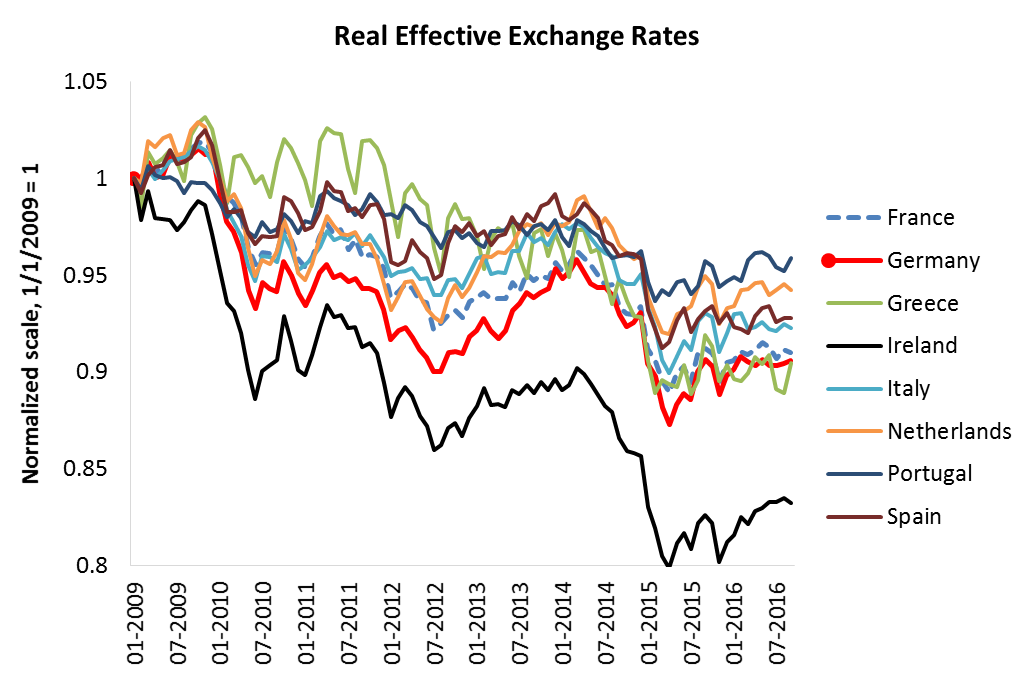